A Lost Dog Completes an Amazing Journey and Returns Home to His Owner!!! 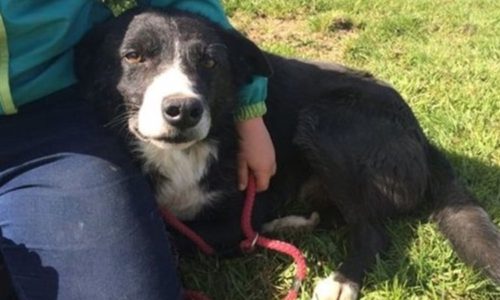 “An Amazing Journey for this dog…”

This dog travelled almost 390 kilometers back to his home and his owner so this amazing journey has become a hot topic in the foreign media.

For training as a sheepdog, to the village away 390km

Here is a photo of the sheep dog named “Perot” and his owners named Alan James who operates a farm in the region of Cumbria in northwestern England. Alan has about 15 dogs who are primarily used protect the sheep from predators and “Perot” is one of those animals.

Sheepdogs are required to guide sheep over long distances on their own so Alan transported “Perot” to a remote village some 390km from Alan’s farm so he could develop his skills of directions. After only one day, “Perot” went missing and Alan’s attempts to find out the whereabouts of his dog were in vain. When the sheep finally showed up on Alan’s doorstep 12 days later unharmed, it was truly a miracle! The determination shown by this dog to travel such a distance of 390km in just 12 days was very impressive and I am sure that his owner was delighted that his pooch could return home safely!