A Former Circus Lion Walks on Soil and Grass for the First Time in 13 Years!!! 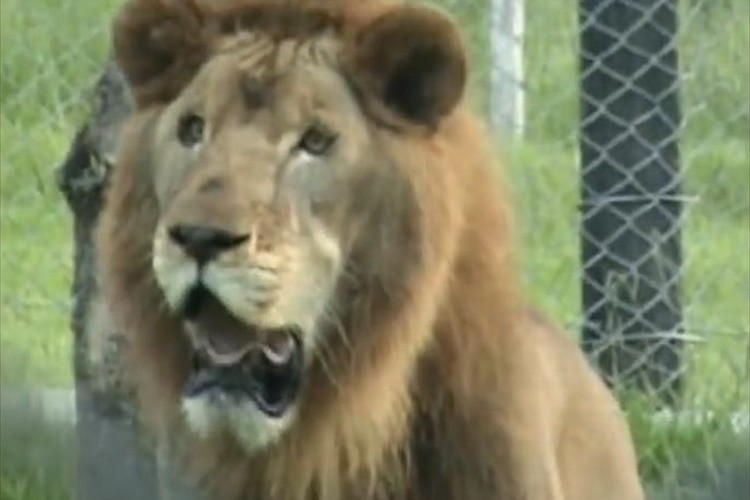 A former circus lion that was help captive in a cage for the past 13 years was rescued recently by the Brazilian animal protection organization Rancho Dos Gnomos Santuário.

Please watch the joyful reaction of this beautiful animal as it finally gets to experience freedom outside the cage which had been his home for far too long.

The doors of the cage are finally unlocked and the lion leap out for the first time in many years. After running around happily, this happy beast enjoys the feel of the earth beneath its feet and digs his paws into the soil over and over again. Then, the lion spends a long time frolicking and rolling around on the grass just like a baby kitten! This lion was captured in the wild and was trained in all sorts of the tricks during his time as a circus performing animal for 13 years. He was caged in a small and narrow cell and was never allowed to spend any time outside during this time. This animal experienced deep mental and physical wounds as a result of this until the animal protection organization called “Ranco dos Gnomos Santuario” rescued the animal so it could spend his last five years of life in relative peace and comfort the organization’s ranch for animals. The lion passed away in 2011.

The following video taken by Brazilian animal protection organization  Rancho dos Gnomos Santuário u was published on May 9, 2015 as part of a promotional campaign to generate funding for its operations.